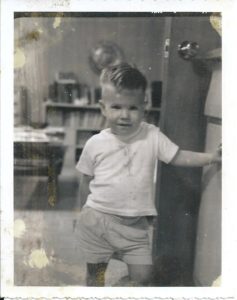 On July 21, 1958, Ike was president, Elvis’ Don’t Ask Me Why topped the charts, and my little brother Mark was born.

On November 15, 2016, Obama was moving into the final days of his presidency, the Chainsmokers’ Closer was number 1, and Mark dropped dead while running on a treadmill after work.

The coroner’s report – a brutal read – said heart attack, and based on the damage, the last in a series of heart attacks that had been occurring for some time.

Mark died from a broken heart literally and metaphorically.

In fact, his heart had been breaking for many years and he was emotionally unequipped to deal with it, so his body paid the toll.

With the approach of this five-year anniversary of Mark’s death, I’ve been sitting with the question of how to mark this milestone with something meaningful.

At the same time, I’ve been sitting with some other questions, ranging from, “How do we save the planet?” to “How do you invite people entrenched in outdated power-over mindsets, to try on new perspectives?”

I think there’s a nexus point in these questions reachable only if we are willing to drop beyond the surface-level questions and the old narratives that drive them.

The surface question in Mark’s case is why he endured behavior that broke his heart and crushed his will to live. (Few people know he actively considered suicide as his only option for leaving an intolerably painful situation.)

The deeper questions, though, and those only available if I can move past my need for recrimination (and I do on some days, so that’s promising), might be:

FROM something to discharge all over others as a way to relieve internal pressure or gain a sense of personal power,

TO a trusted internal wisdom voice, something with which we partner to advance self agency?

FROM something we bury or repress because Culture has told us it is inconvenient, too messy, shameful,

TO a source for deepening discovery and connection with self and others?

We have a lot of pain in this world right now. I wonder if Life is turning up the volume on pain so that we are required to change our relationship with it in order to move forward, ‘cause avoidance, repression and medicating aren’t working.

One pain point for many of us is the damage occurring to the planet. Just one example: As I look at the destruction of the old growth forests around the world, it’s easier to blame greedy capitalists than to wonder about the deeper motivations of fear and survival – likely buried so deeply below conscious awareness, those involved may never be able to acknowledge the associated pain.

In a world where, “Be tough, be strong,” is a deeply embedded narrative and “be strong” equates to “control, conquer and dominate as much as possible because that’s the only way to survive,” there is no room for acknowledgment of pain.

But here’s the thing: Pain does not go away because we ignore it and we can only squash it for so long before things get messy.

Freud said: “Unexpressed emotions will never die. They are buried alive and will come forth later in uglier ways.”

In the household that shaped my brothers and me, emotions were not expressed. Mark learned to be covert with his emotions and spent most of his life not in touch with them, including the pain he carried.

Only after he left a marriage of 30 years did he tell me how unhappy he was. Not just because of someone else’s behavior and the pain he experienced as a result, but also because of his inability to handle the pain of the others involved.

This is a big piece:

This lack of capacity creates a massive double-whammy, the sort that drives people to destructive behaviors toward self and others…like flying airplanes into buildings or driving minivans into pedestrians.

To name just a couple of examples.

“Going postal” has become a shorthand colloquialism in the U.S. for someone exploding their pain all over others. Sadly, this term has also – all too often – been used as a joke, which serves to further diminish and discount pain, because it is far more comfortable to laugh at what we don’t understand.

When we look at issues, whether it is the more personal experience of divorce or broader issues like the well-being of our planet and all who live here, if we can look at “perpetrators” as humans in pain, it changes the conversation.

One of my pet peeves?

As long as the standard response to a shooting consists ONLY of raising the issue of gun control, we are doing all involved a massive disservice because we are not acknowledging the pain that drives people to hurt others. We are actually discounting the pain of those acting out their pain and in so doing, we are Missing The Point.

And perpetuating the problem.

Sure, we are beginning to have more of a national conversation on mental health, but we’re still not addressing pain with our eyes and hearts wide open.

Until we rewrite our relationship with pain, then all of the behaviors in the world born of pain and the acting out of pain – and there are a LOT of those – are not likely to change.

There is some good news, though:

Today, the date this article is first being shared, is November 15, 2021. Biden is president and Google tells me Adele’s Easy On Me is topping the charts right now. My little brother died 5 years ago today from a broken heart and I wonder about the possibilities we might co-create for a world in which life becomes more Easy On Me for everyone.

I would really love it if no one else’s little brother had to drop dead from the physical effects of a lifetime’s unacknowledged pain.

What may be more accessible in the shorter term is this:

What if we declared a National Day of Emotional Responsibility?

Or if responsibility is still too scary – baby steps, right? – then perhaps a National Day of Emotional Awareness with programs in schools, workplaces and in the media offering practical tools for building the capacity to be present with emotions, including the ones that hurt.